Skip to content
Why Should We Believe Anything in the Secret Revelation of John?

Why Believe Anything in the Secret Revelation of John?

How did early Christian leaders decide what to include or exclude from the Bible? 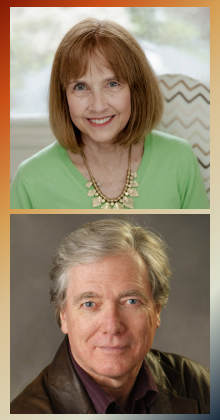 A conversation between Dr. Shirley Paulson and Dr. Arthur Dewey

When books like the Secret Revelation of John are not in the biblical canon, questions arise concerning their worth. The conversation between Shirley Paulson and Arthur Dewey includes reasons for the Secret Revelation of John’s extracanonical status as well as its intrinsic value. They also discuss its unusual treatment of the Hebrew text, Genesis, its adaptation to the context of Platonism in Alexandria, Egypt, and how these connections serve the greater purpose of developing insights.

Shirley Paulson is the principal producer of this website. Her work focuses on the bridge-making, conversation-supporting, and healing role of ancient, long-forgotten extracanonical texts written and left to us by the early Jesus followers. Shirley’s first book, Illuminating the Secret Revelation of John: Catching the Light, was published by Cascade books in 2022.

Arthur Dewey is an award winning professor of theology at Xavier University in Cincinnati, Ohio, where he has also served as department chair. A long-time Fellow of the Westar Institute and author of Inventing the Passion: How the Death of Jesus Was Remembered, Dewey is a specialist on the historical Jesus and the Gospels, and he has taught extensively on Paul and numerous extracanonical works. He was the editor of Shirley’s book, Illuminating the Secret Revelation of John. Connect with Dr. Dewey on LinkedIn.