Once a month, at 8:00–9:00 p.m. Eastern Time on Monday nights (generally the fourth of the month), the Early Christian Texts hosts a presentation and discussion of one of the early Christian texts.  Dr. Hal Taussig, who leads the sessions, shares a well-framed overview of the particular text, and gives time for all participants to ask questions or share their own insights about the meanings and potential for these texts.

There is no charge, but people are invited to give donations to the Tanho Center.  and/or Early Christian Texts.  One does not have to attend every session, and anyone is welcome any time.  We look forward to your joining these textual studies.

Folks who need a brief introduction to these rather surprising and deeply moving texts are invited to check out the several short films on the Tanho website home page. People who would like a larger introduction will enjoy the book, A New New Testament: A Bible for the Twenty-First Century Combining Traditional and Newly Discovered Texts, edited by Hal Taussig and published by Houghton, Mifflin, and Harcourt. 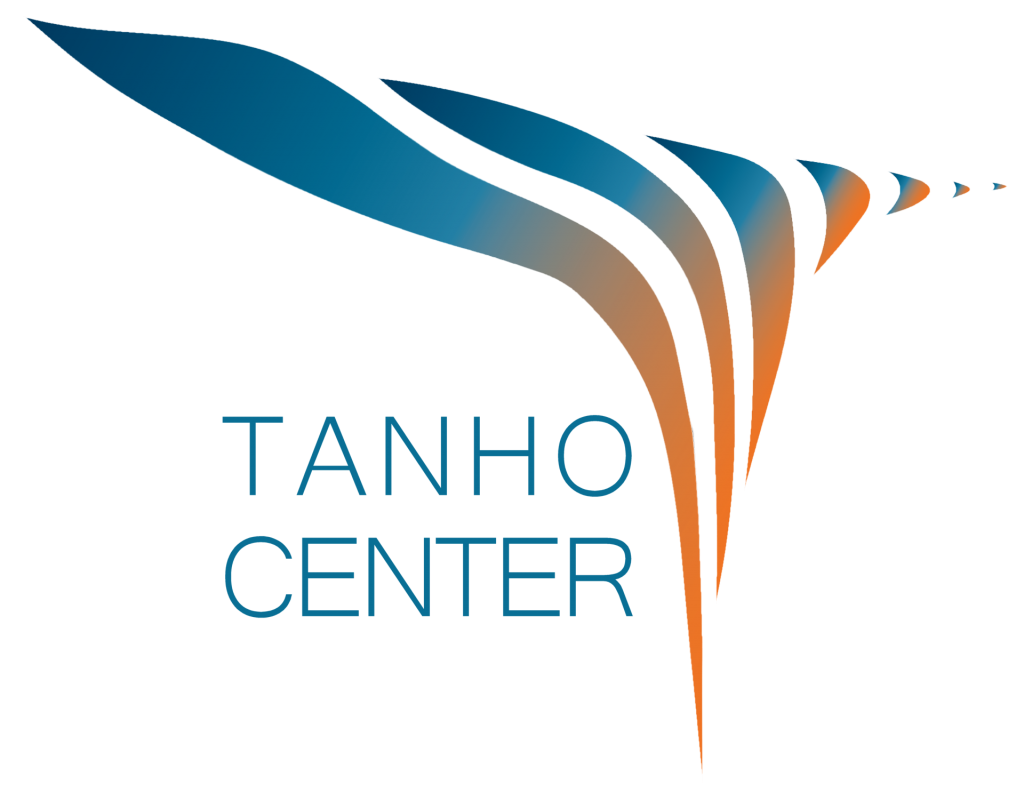 The Tanho Center is dedicated to the study and interpretation of the large range of early Christ movement texts discovered in the last 150 years. By incorporating recently discovered texts into contemporary practices, we hope to signify exactly what tanho means in Coptic: “to make or be alive.”

Click the button above to donate to the Tanho Center to support the Monday Discussions.

(Please note:  The Zoom meeting links are only active approximately 10 minutes before and during the meetings.)

How about a reminder email?

We’ll be happy to send you an email reminder on Monday morning so you don’t miss the conversation.

The Second Letter of Clement is not quite a letter, and it is probably not from any known early Christ movement leader. It is, however, a very revealing communication of some kind that articulates a particularly clear and ordinary set of thoughts about a community’s working on who they are. Their relationships to each other and to God and Jesus are especially important. The Second Letter is quite a precious early writing in that it shows clearly how it belongs thoroughly to greater Israel, even while being devoted to Jesus. It cites and quotes extensively both teachings of Jesus (some of which we do not know from any other writing) and writings from major works of the people of Israel.  Most scholars think it is from probably from approximately the middle of the second century.  It was first thought to have come from the late first century, and placed in either Corinth or Rome, but now it is not clear who wrote it and where it was written.

This ‘letter’ is 20 chapters. Reading all of it before we discuss it will give you the rather ordinary big sweep. But if the complete text is too long, select any stretch of four or five chapters. Here’s a pdf of the text available on the web.  We’ll be working on its overview.

The Acts of Paul and Thecla is the primary early document that introduces the life of Thecla from her teen years to her death of old age. She is portrayed as an occasional colleague and follower of Paul in the role of teacher and healer. Later manuscripts of the fourth through seventh century elaborate on these roles, but some of them also portray her as a martyr. However, the earliest version of The Acts of Paul and Thecla explicitly picture her as never having submitted to a Roman death. This study will also continue with these themes, but we will also look substantially into the very experimental role she played in challenging traditional family values.  This dimension of our study will look especially into how her opposition to traditional family parallels and enhances the seven different sayings of Jesus in Matthew, Mark, Luke, and Thomas that oppose conventional family.

The Teaching of the Twelve Apostles (the Didache)

Thought of by many as the first community handbook written for communities of Christ and Jesus peoples, The Teaching of the Twelve Apostles has a fairly complicated organization and set of teachings. One of the most fascinating dimensions of this document is how many of the teachings are found in the gospels of Matthew, Mark, and Luke as from Jesus himself. But in The Teaching of the Twelve Apostles these teachings are not attributed to Jesus at all. Study of this text then raises key questions about whether to consider Jesus as an important teacher.  Or, was the content what mattered, at least as much as who said it? One might  think that the title of this document as “The Teaching of the Twelve Apostles” indicates that all the teachings were meant to be understand as having been taught not by Jesus, but by twelve apostles, but the title is almost certainly a secondary and later title.

Gender Creativity and Problems in the Gospel of Thomas

The Gospel of Thomas (GThomas) is full of gender issues. This has mostly to do with the fascinating creativity of the Gospel of Thomas in general and also specifically its approaches to gender. One of the most challenging and promising parts of GThomas’ gendering is how fluid and flexible it is. Jesus himself in the Gospel of Thomas is not singly gendered, and is pictured more than once like the female divine Wisdom/Sophia. However in the last saying of Jesus in GThomas (114), both Jesus and Peter appear more than slightly dismissive of women. A close look at its whole teaches us much about the complexities of gender in the ancient Mediterranean world and our own.

Creativity in and Rejection of Hebrews

The creative metaphors for life in Jesus Christ in the Letter to the Hebrews are some of the most imaginative to come out of the first two centuries. But Hebrews has been mostly ignored by official Christendom. In a real way, it has been treated as if it were never really discovered, even though it was eventually included in the traditional New Testament. It extensively reworks Hebrew scriptures — often combining it with Greek philosophy — and introduces an entirely new concept of Jesus simultaneously as priest and sacrifice, and invents an entirely new lineage for Jesus. For its creativity alone, Hebrews deserves to share the limelight with those books that have only recently been discovered as parts of the larger family of early Christ people texts.

On April 27 we investigated one of the most hidden and fascinating female divine characters of Christ texts in the second century.  This figure is Norea, who is found in a number of first through third century texts, but perhaps best known in two works of the famous Nag Hammadi jar of 52 early Christ texts found in the Egyptian desert in 1945.  We focused on this divine figure in the Nag Hammadi documents “The Thought of Norea” and “The Reality of the Rulers” (sometimes titled “The Hypostasis of the Archons”). Norea is a powerful female character in both texts, which complement what we know about her but do not give a completely matching picture.  Our study depended substantially on the scholarship of Professor Celene Lillie and Professor Birger Pearson.

Read more about the texts here.

Many Jesuses or Just One? (Part II)

With more and more different documents about Jesus discovered, a certain kind of question is being asked more frequently. The question goes something like this, “Since Jesus seems quite different and quite attractive and meaningful in many texts, can we think about one Jesus? Or would it help to think of different Jesuses?”  How many Jesuses are there? How do we account for such different Jesuses between the likes of the Letter to the Ephesians, the Gospel of Mark, the Gospel of Truth, the Gospel of Mary, and the Gospel of Thomas? What advantages and disadvantages are there to one, several, or many Jesuses? Good examples of the texts used in this study are available on the gospels.net website, and Early Christian Writings.

Parables of Jesus in the Gospel of Thomas

Good examples are available on the gospels.net website, and Early Christian Writings.

The First Revelation of James (also called the First Apocalypse of James) comes from the very important discovery in 1945 at Nag Hammadi, where two Egyptian farmers found a large jar in the desert with 52 (mostly Jesus-related) documents, many of which had not been know before.  This is a story and teaching between Jesus and James, which focuses on what to do with the violent attacks on people by the Roman Empire.  James and the Lord talk at some length about the reputation that the Jesus movement welcomes women. Indeed in this document Jesus seems to be known for his association with four women leaders. Find the text for the First Revelation of James (or, The First Apocalypse of James) on the Early Christian Writings website here.

The  Gospel of Mark

The Wisdom of Solomon: A First Century Divine Female

One of the earliest lists of important books in the Christ movements (the Muratorian fragment) lists “The Wisdom of Solomon” along with Matthew, Mark, Luke, John, thirteen letters of Paul, and two letters of John.  The most fascinating dimension of The Wisdom of Solomon on such a list of well-known early writings about Jesus is that the word ‘Jesus’ does not occur in The Wisdom of Solomon. The Wisdom of Solomon is now considered to have been an important writing for the hundreds of thousands people of Israel in first century Egypt. Find the text in The New Jerusalem Bible and The Oxford Annotated, or find it here on the web.  Specific verses discussed: 6:12–17; 7:7–17; 7:22–30; 8:1–18; 9:9–11; 10:1–21; and 11:1–26.

The Thunder, Perfect Mind II
Vulnerable Divinity: An Innovative Approach to God in the 21st Century from an Early Christ Movement

The recently discovered “The Thunder: Perfect Mind” from the second or third century introduces a full-blown picture of a vulnerable God that for may help make sense of Divinity for 21st century people seeking a new way of thinking about God.  Here is a key sentence from this recently discovered document: “I am she who exists in all fear and in trembling boldness.”

The Acts of Paul and Thecla

The text is available here, here, and here.  This discussion concentrates on Thecla’s freedom and leadership, especially the ways her gender and sexuality is far more than what has often been considered “virginity” and/or “celibacy.”

Click here for the text we’ll be using in this discussion. University of Pennsylvania professor Andrew Lamas calls The Thunder: Perfect Mind “one of the ten most important documents in history.”  Replay the discussion on YouTube (right).  Audio starts after the introductory text.

No Such Thing as ‘Gnosticism’?

Read discussion information and texts here. Deb Saxon tackled this complex topic and engaged us in a discussion about why it is important to avoid this label.

“The Letter of Peter to Philip”

“The Letter of Peter to Philip” is a text that was first discovered in the famous Nag Hammadi jar found in Egypt in 1945.  Click here for the text that was used in this discussion.

“The Sentences of Sextus”

Learn and discuss one of the intriguing Nag Hammadi text, “The Sentences of Sextus.”