Skip to content
Early Christians Answer “Where Is God When Things Go Wrong?”

Early Christians Answer “Where Is God When Things Go Wrong?”

An Interview with Dr. Jason BeDuhn 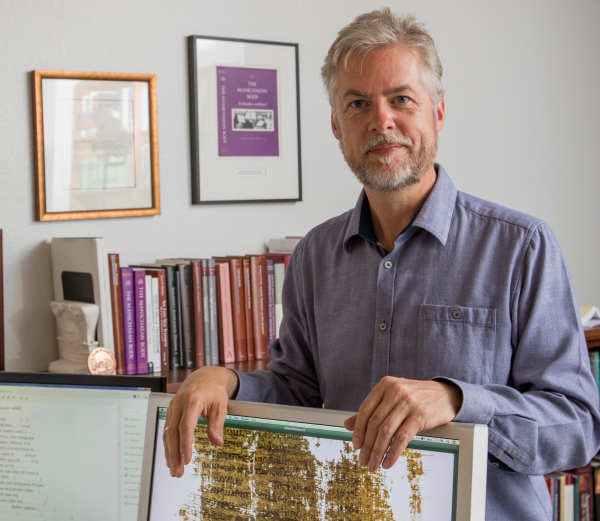 Dr. Jason BeDuhn with a digital image of a page from the Chester Beatty Kephalaia, a late 4th/early 5th century Coptic Manichaean text.

Dr. BeDuhn studies ancient Christian, Jewish, and Manichaean thinkers, and in this podcast interview, he explores their common “tipping point”—the place where all these religious groups struggled to find answers to explain a perfect God who allowed bad things to happen. All of them did so by blurring the idea of monotheism to some degree. There was some other divine influence, commonly known as a ‘demiurge’ who became the source of evil in some manner.

Dr. Jason BeDuhn is a professor of Comparative Study of Religions and Asian Studies at Northern Arizona University and chairs the university’s Liberal Studies Committee. He is editor of the Nag Hammadi and Manichaean Studies with Brill Publishers, and he co-chairs Westar Institute’s Christianity Seminar. BeDuhn is a Guggenheim Fellow and National Humanities Center Fellow. He won the “Best First Book” award for his book, The Manichaean Body published in 2000, and more recently he authored The First New Testament: Marcion’s Scriptural Canon (2013).

“Marcion Answers ‘Where Is God When Things Go Wrong?’” an interview with Dr. Stephen A. Cooper (podcast)