Skip to content
How After Jesus Before Christianity Could Rewrite History

Home » The Bible and Beyond » Blog » The New Book that Possesses the Potential to Rewrite History: After Jesus Before Christianity

The New Book that Possesses the Potential to Rewrite History: After Jesus Before Christianity 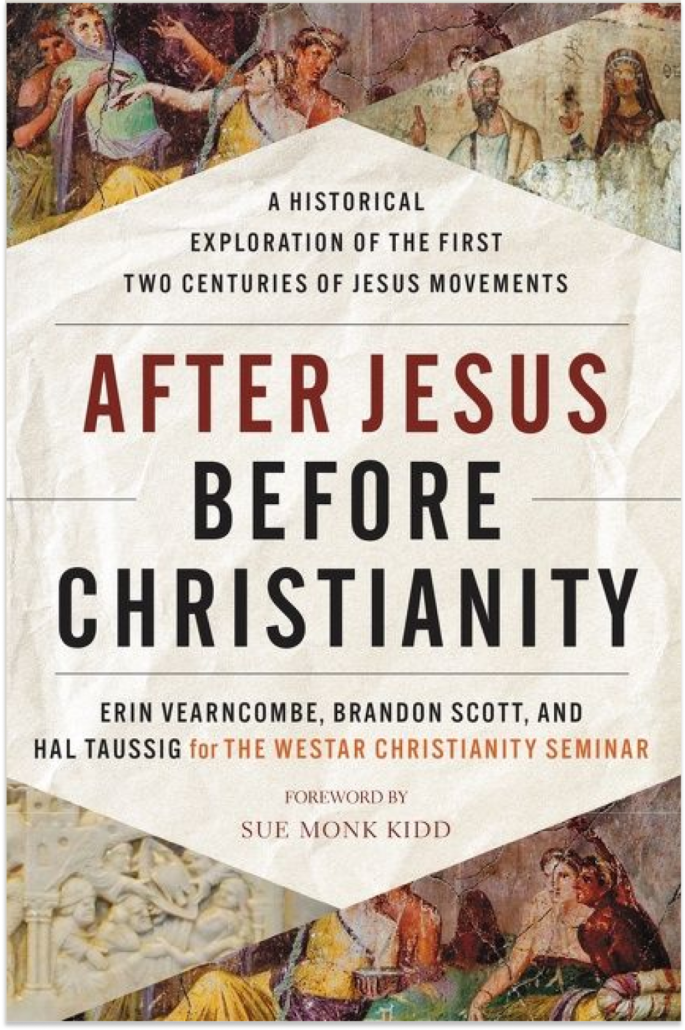 Just released by HarperOne is an important book called After Jesus Before Christianity: A Historical Exploration of the First Two Centuries of Jesus Movements. It is one of the only books written about the two-plus centuries after Jesus — the time before there was even an inkling of the religion of Christianity.

The book challenges the general public, many churches, and most scholars to re-consider how to think about Jesus and these hundreds of years before there were ‘Christians.’

We know you, the readers of our Bible and Beyond blog, will be interested in this new work, since gaining familiarity with the many documents of various Jesus peoples of this time is the major focus of the Early Christian Texts website.

The book has been very well received. Sue Monk Kidd, the bestselling author of many books including The Dance of the Dissident Daughter, The Secret Life of Bees, and The Book of Longings, writes, “[This is] a book that possesses the potential to rewrite history.”

Barbara Brown Taylor, author of the New York Times bestsellers Holy Envy: Finding God in the Faith of Others and Learning to Walk in the Dark, explains how the book’s unique historical presentation impacts our understanding of today’s Christianity:

“Reading this book is like finding a secret staircase to a room full of forgotten stories about what it once meant to follow Jesus.  Some are so strange that they tell me what a stranger I have become to my own faith.  Others are so compelling that they refresh my sense of what faith asks of me.  In every case, they remind me how much my Christian story hangs on my grasp of Christian history—a relationship that is always in need of the kind of renewal offered in this book.”

Here are some new perspectives from this book’s focus on these very different kinds of Jesus peoples.

Discoveries of variety, not orthodoxy versus heresy

What these overviews reveal is not so much a new religion, ‘Christianity,’ waiting to emerge in the first two centuries, but instead a wide range of creative endeavors going in different directions.  As such, what seems to be happening is diverse innovations, many of which open up variety, rather than some overarching battle between orthodoxy and heresy.

How these discoveries came about

This bright new picture of the first centuries has come about through an eight-year research and Seminar project by the Westar Institute, a thirty-year-old independent scholarly organization.  This particular Christianity Seminar of twenty-some scholars from around the world was one of four longer Seminars. As was the case for the other Seminars, this Christianity Seminar was independent of both university and religious direction. Independence over a longer period resulted in the Seminar discovering many different projects in a wide range of new scholarship over the previous thirty years.

Beginning in 2011, this Westar Institute Seminar was not so much a new line of thinking as a thorough research project of the many different undertakings in the previous decades.  The Seminar produced 66 different papers about the first two centuries and then took two years to write the book in a very accessible style. So now the public itself has an easy door to what otherwise appeared like dense and disconnected scholarship. [In full disclosure, I am one of the chief editors and writers of this book.]

The pay-off already appears to be a way the general public can have a broad range of new ideas about what happened after Jesus — because it’s not just early Christianity, it’s something exciting and unexpected, something else entirely.

This set of innovative scholarly projects of the previous thirty years has inspired a fresh angle on how the public can think about what has otherwise become a declining old religion of the 20th century.  Here’s to re-imagining both a fairly broken Christianity of the 21st century and these ancient beginnings.

The Inside Scoop on After Jesus Before Christianity is a series of exclusive podcast interviews and follow-up Zoom chats with five of the scholars instrumental in the production of the book, running from January 11 – February 15, 2022. This program is a special gift available only to Early Christian Texts patrons and Westar Institute members. Become a Bible and Beyond patron or a Westar member before January 4, 2022 to qualify for this special gift. Learn more here.