Skip to content
The Gospel of Matthew’s Problematic Prophecies

How the Gospel of Matthew Stays Relevant Despite Problematic Prophecies 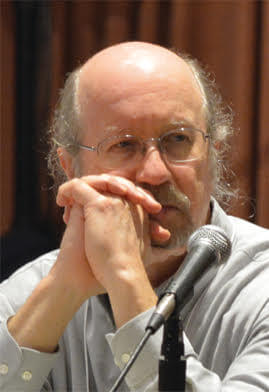 Robert J. Miller, New Testament scholar, discusses how it is possible for modern readers to do justice to ancient texts such as the Gospel of Matthew—at home in its own world—while still seeking valuable meaning in our twenty-first century world. Ancient prophecies did not intend to provide accurate predictions of the future but to provide hints about God’s presence in the world. Twenty-first century perspectives are clearer when we understand what prophecies meant in antiquity.

Robert J. Miller is the Rosenberger Professor of Christian and Religious Studies at Juniata College in Pennsylvania. He has been a participant in the Westar Institute and its scholarly seminars since 1986, and he is the editor of Westar’s magazine, The Fourth R. He is also the editor of The Complete Gospels (fourth edition 2010), the author of Helping Jesus Fulfill Prophecy (2016), Born Divine: The Births of Jesus and Other Sons of God  (2003), and The Jesus Seminar and Its Critics (1999).