Skip to content
Shepherd of Hermas: Ancient and Modern Respect for the Poor

Shepherd of Hermas: Ancient and Modern Respect for the Poor

An Interview with Elli Elliott 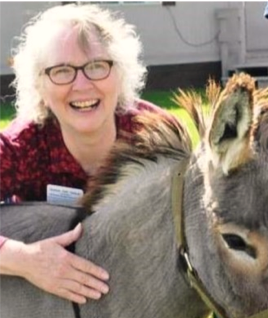 About this episode: In this very ancient, very long, and very beloved Christian text, Dr. Elliott finds a distinguishing feature among early Christians that challenges our contemporary attitudes toward the poor. The story tells of a Roman slave who became a household master, reversing roles in society. His message is that the poor may still be poor, but there should be an honorable place in society for the poor. Indeed, we should all – slaves and masters – be enslaved by God together.

About Elli: Dr. Susan M. (Elli) Elliott earned a Ph.D. in New Testament and Early Christianity in 1997 from Loyola University Chicago. Her research focuses on the social context of early Christianity with an emphasis on family relationships, pagan and Roman imperial backgrounds, and Greco-Roman mystery cults. Her primary expertise in Paul’s letter to the Galatians and the cult of Cybele and Anatolian popular religiosity.

Dr. Elliott currently lives in Red Lodge, Montana where she is developing a grass roots think tank. She enjoys volunteer work as an environmental activist, and she brings the perspective of her status as one of the working poor to her writing and reflection.