Skip to content
What Really Happened When Jesus Healed Someone?

Home » The Bible and Beyond » Blog » What Really Happened When Jesus Healed Someone?

What Really Happened When Jesus Healed Someone? 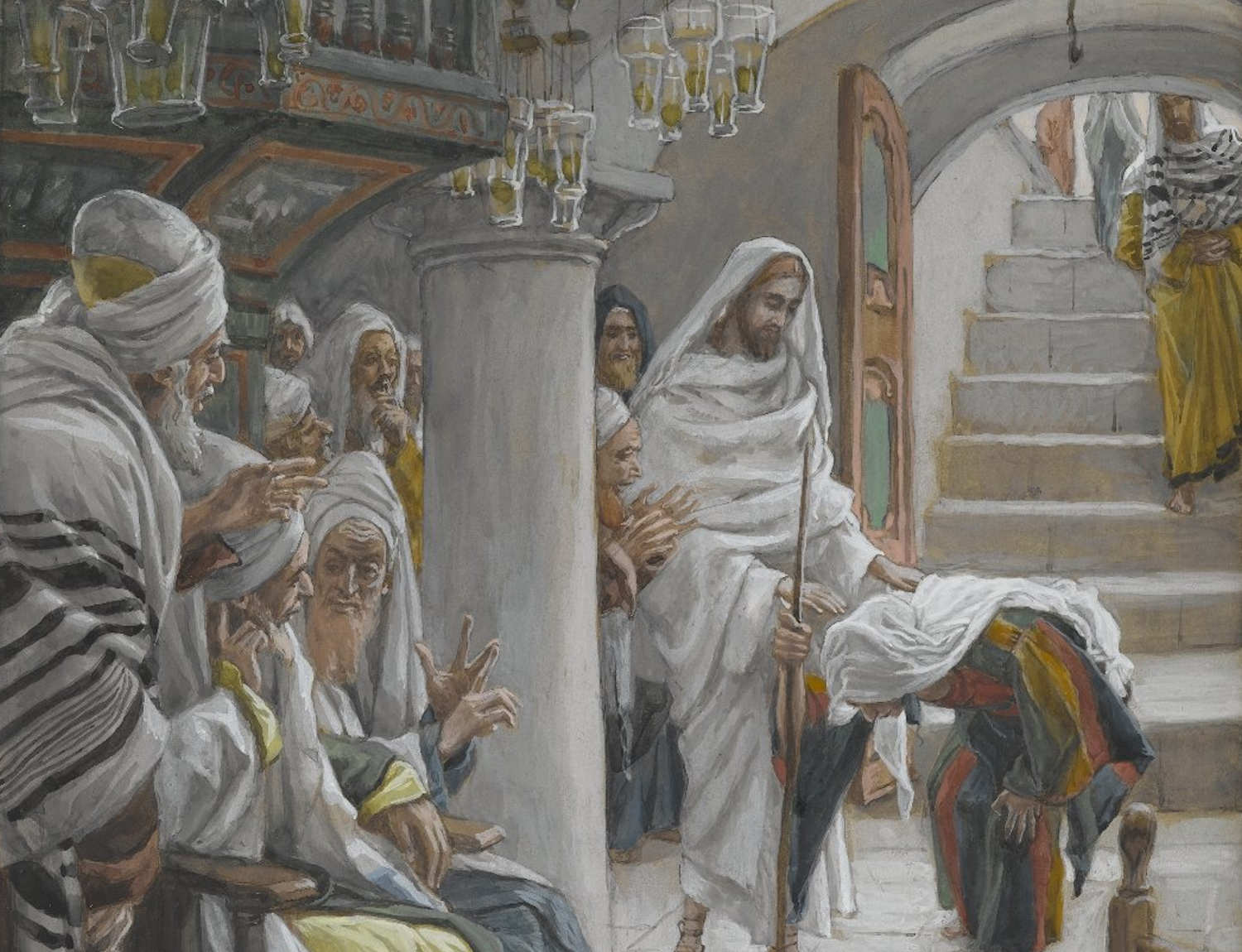 Detail from “Christ healing an infirm woman on the Sabbath,” by James Tissot, 1886-1896, work in the public domain, via Wikimedia Commons.

I’ve often tried to imagine what I would have thought if I witnessed a woman I knew to have been crippled for 18 years stand up straight after Jesus touched her (Luke 13: 10-17). Or if I’d seen a group of men suffering from an incurable but contagious disease calling out to Jesus to help, and then Jesus telling them to check in with the local health authorities to confirm their instant cure (Luke 17:12-14).

Would I consider it a marvel, a miracle, mind-blowing, or just a manipulation of the facts? Gospel writers all tell us that healings happened, but they don’t explain much about how they happened. Or, at least not in the way our modern Western-educated minds expect to hear about it.

It is difficult for us to walk in ancient shoes and to comprehend the meaning of health and cures of 2,000 years ago, but we have some clues worth considering.

The meaning of healing in antiquity

We know that people usually suspected that demons or gods were responsible for illness and cures. As for the healing gods, there were the Greek Herakles and Asclepius as well as the Egyptian goddess, Isis. Actually, Asclepius was far better known than Jesus during the time of his ministry.

Magic—very unlike the kind of magic we see today on stage—offered another serious source of healing. Hans Dieter Betz explains that magicians were considered by some as wonder-workers who claimed to know the traditions of various religions and who “served as a power and communications expert, crisis manager, miracle healer and inflictor of damages, and all-purpose therapist and agent of worried, troubled, and troublesome souls.”[1]

Hippocrates initiated the practice of observational medicine at least 400 years before Jesus, and it continued on through his ministry. Neither gods, magicians, nor medical doctors considered their healing powers a miracle—which, by definition, is a physical impossibility.

Both medical and divine healing methods almost always intermingled with displays of power. When illness struck, it caused both a loss of acceptance in the Temple as well as a loss of honor in society. A weak body usually inferred a weak character or inferior intelligence. The wonder of a healing, then, involved the restoration of honor and health.

Jesus among the wonder-workers

Jesus’s healing works were seen as a kind of wonder-working. As then and still today, whether one’s healing comes through biomedical procedures or spiritual means alone, we consider it a wonder.

Strangely, though—as Karl Olav Sandnes notes—in the midst of all these types of healing arts, Jesus’s role as a healer “plays no significant role in early Christianity.”[2] It was nearly absent in the major writings of the new Christian faith (such as Rom 1:32-4; Phil 2:6-11, Col 1:15-20, 1 Tim 3:16, Heb 1:2-4). But despite the slow recognition of the significance of Jesus’s healing powers within the church, there were others who did remember Jesus as a wonder-worker. The canonical gospels not only record healing events but took seriously the many witnesses who experienced a state of awe or amazement in the presence of Jesus’s works.

No one could compare to Jesus’s amount of wonder-works or his method, and scholars from then and now struggle to figure out what was really going on. Justin, one of the early church Fathers, claimed Jesus’s healing of sickness was a fulfillment of prophecy. Others thought his healing power signified his godly identity. Some scholars today, though—such as John Pilch and John Dominic Crossan—argue that Jesus didn’t really cure anyone at all. In their view it would be more accurate to say that Jesus offered therapeutic comfort. Jesus’s type of healing, for them, is a response to a sociosomatic complex, where people suffer from their surrounding social systems.

But certainly something happened.

Distinguishing features of Jesus as healer

People felt better, and witnesses were awed. Healing happened without medicine and without magical incantations. These accounts were surely more than mere metaphorical or spiritualized interpretations. Witnesses usually acknowledged the healing acts, and those who were healed usually confirmed that their complaints had been resolved.

The uniqueness of Jesus’s healing method is difficult to ignore. Regardless of how people explained it, Sandnes claims that the distinguishing feature of Jesus’s ministry is the way “in which the kingdom of God is at work.” [3] Jesus’s method also included a treatment for the soul as well as the body, as if they were inseparable.

Significantly, those who learned from him were also able to continue his healing ministry because his power—the work of the kingdom of God—was present with them as well. Since his disciples were able to heal on the basis of his instructions, we look carefully at those instructions to find answers to the question, “What really happened when Jesus healed someone?”

Some of Jesus’s teachings, focusing on the kingdom (or ‘realm’ of God) and the meaning of soul, exist in the canonical gospels, but they are expounded upon more fully in some of the extracanonical texts. Frequently in these texts Jesus explicitly explains the connection between the kingdom of God and healing.

Some examples include the Gospel of Mary, Acts of Peter and the Twelve Apostles, the Gospel of Philip, the Gospel of Thomas, the Secret Revelation of John, The Testimony of Truth, Tripartite Tractate, On the Origin of Being, and the Dialogue of the Savior.

In both canonical and extracanonical texts, Jesus taught his listeners that the goodness of God’s realm was accessible in the here-and-now. Neither the soul nor the body is naturally defective, but God has given us the power to protect ourselves (or others) from harmful influences.

From these teachings we might conclude that Jesus healed and taught others to heal based on exercising the available power from God, not from personality. The lessons he taught concerning the realm of God may well have touched the soul and caused a kind of awakening that actually healed the sick.