Home » The Bible and Beyond » Blog » What and Where Is Heaven?: How Thecla Found Heaven Before Dying

What and Where Is Heaven?: How Thecla Found Heaven Before Dying 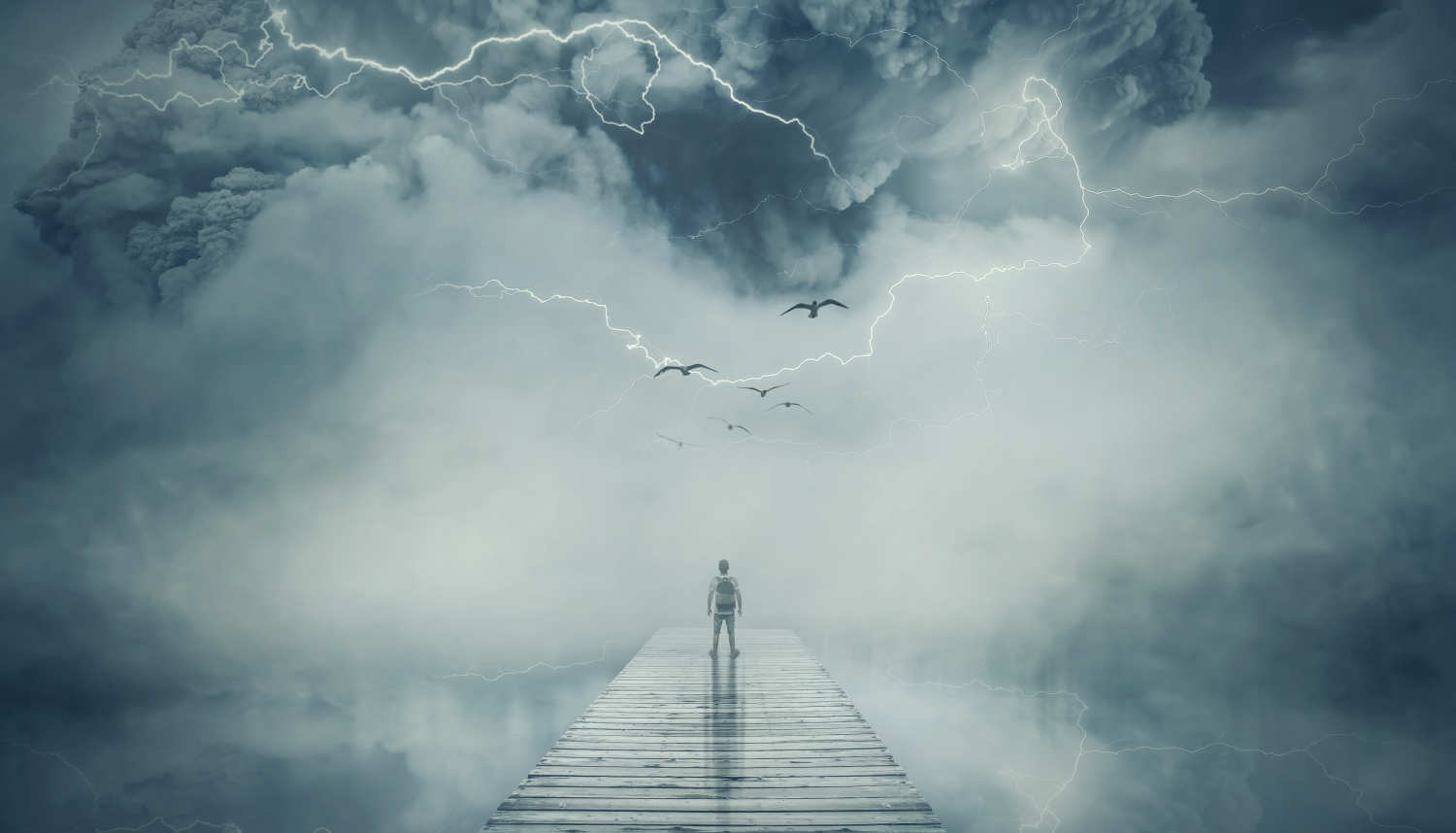 Are you one of the nearly 75% of Americans who believe in heaven? I don’t have statistics for people outside the United States, but a 2021 Pew Report tells us that a large majority of American adults believe heaven is real and that they roughly define it as a state in which people are free from suffering.

Why do we have so much hope?

Are we kidding ourselves? And where did these ideas come from? Is the promise of heaven or hell merely a carrot-and-stick approach to inducing good behavior? Bart Ehrman claims that “thoughtful believers in heaven and hell … would have to say that heaven and hell simply aren’t part of our space-time continuum. Fair enough. But where and when are they then?  In another dimension?”

Today I want to raise another question that could push our views of heaven into a more practical light.

What if heaven is here now?

The possibility of heaven being here and now offers a partial answer to Ehrman’s point that there’s not enough time or space to add heaven beyond earth. And yet, if it’s in another dimension as he suggests, where and how would we find it?

I invite you to take a closer look at the Acts of Paul and Thecla for some possible answers to these questions.

The story opens with a young woman, Thecla, overhearing Paul’s life-changing message about following Jesus. So we know that Jesus is to become the guide to this new (heaven) dimension for Thecla.

“Blessed are the ones who receive the wisdom of Jesus Christ, for they will be called children of the Highest.” (6:2)

And that wisdom speaks of another dimension.

Thecla takes all this to heart and actively rejects the worldly praise, glamor, and duties by fleeing her engagement to the man poised to offer the world’s gifts in marriage. Her fiancé identifies himself as “a most important man of the city” and promises “much money” to find out why she has left him. (11:2)

But, as history teaches, rejection of the strong men of the world results in violent reaction. Paul, the teacher, was bound and carried off to prison. He asks, “If, then, I teach the things revealed to me by God, what wrong have I done?” (17:3) Thecla went to visit him in prison and “sat at his feet, and she heard the great things of God” (18:1).

Separation from the world

Her separation from the world intensifies. Not death, but hatred severs whatever ties she may have held to. Paul is beaten, and Thecla’s mother and fiancé call for Thecla to be burned on the pyre. “The whole crowd went to the violent spectacle.” (21:2).

But, apparently through her own separation from the world’s powers, they could no longer harm her. She remained in awe of God. After they lit the fire,

“a great fire blazed, but the fire did not touch her. For God, having compassion, caused a sound. Under the earth, and a cloud, filled with rain and hail, darkened the sky from above, and the vessel poured forth all that was in it.” (25:4).

Evidently many died in that violence, but Thecla was saved. The story emphasizes Thecla’s closeness to God, trusting and obeying the wisdom she heard from God. If we can still define heaven as “a state in which people are free from suffering,” then Thecla is showing us this new dimension even on earth.

Heaven was not found in another place or time, but right in the midst the world she inhabited. The world’s fire was blazing, but in her other dimension of thought, Thecla was holding tight to God, and she experienced freedom from suffering.

One of the intriguing aspects of Thecla’s story is that even though all the elements were present to illustrate the presence of heaven for her when the fire should have killed her, the story goes on to show repeated examples of the same phenomenon. It’s too easy to dismiss this one rescue—remarkable as it was—as a random act of the weather that just drowned out the fire.

Saved not just once but three times

But more was to come. When Thecla returned to her hometown, another powerful man wanted to have her and tried to persuade Paul with money and gifts. He embraced Thecla on the street. But she tore off his cloak and took the crown from his head, causing him public shame. Once again, the governor, a representative of the world’s powers, sentences her to death, this time by wild beasts.

“But the lioness sat down in front of Thecla and licked her feet, and the entire crowd was astounded.” (28:2)

Again, the next day, Thecla was thrown into the stadium.

“And lions and bears were thrown in front of her. And a ferocious lioness charged her and then lay down at her feet. And a bear ran up to her, but the lioness charged and met it, and tore the bear apart.” (33:2,3)

“And the governor called out to Thecla from the midst of the wild animals and said to her, ‘Who are you? And what is it about you that not even one of the wild animals touched you?’ And she said, ‘I indeed am the slave of the living God. And as to what it is about me, I have trusted in the Child of God, in whom he finds pleasure.’” (37:1-3)

Thecla’s story ends with the news that she lived ninety years and “after accomplishing many healings, she rests in the place of the holy ones …” (45:2).

If heaven is about a state in which people are free from suffering, and if heaven doesn’t exist as part of our space-time continuum, then Thecla has given us a hint about the nature of heaven. It may well exist after death, but no human can tell us that. What Thecla is showing us is that a separation from earthly powers and a commitment to serving God can reveal heaven here and now. Finding heaven could also offer a good explanation for how Thecla “accomplished many healings” – or saved them from suffering too.