The Power of Self-Control in Early Christian Community

An interview with Deborah Saxon, PhD 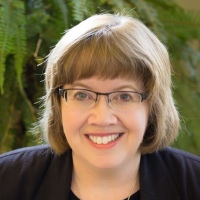 Dr. Deborah Saxon, teacher of religion at Butler University in Indianapolis, explains in this interview why the practice of self-control was so important to early Jesus followers. Learning self-control was part of the education for young leaders in the Greco-Roman culture of antiquity, and ultimately it became a prevalent idea for society. Early Jesus followers saw it as a means for what today we might call ‘taming their egos.’

One of the ways this idea of learning self-control took hold in the Christ movements was its meaning for those who faced persecution – or more specifically, martyrdom. For those who were going to die, the best way not to lose control was to die “a noble death.” Dying with patience and endurance was a means for welcoming martyrdom. But some of these early Jesus followers disagreed and thought that this was a distortion of the true care of the self. It wasn’t the meaning of Jesus and his teaching.

Deb’s discussion of the care of the self leads to a deeper understanding of some of the struggles among early Christians.  Her ideas are more fully developed in her book, The Care of the Self in Early Christian Texts.

Listen right here or subscribe to the The Bible and Beyond podcast on iTunes, Spotify, Google Podcasts, Stitcher, and TuneIn.