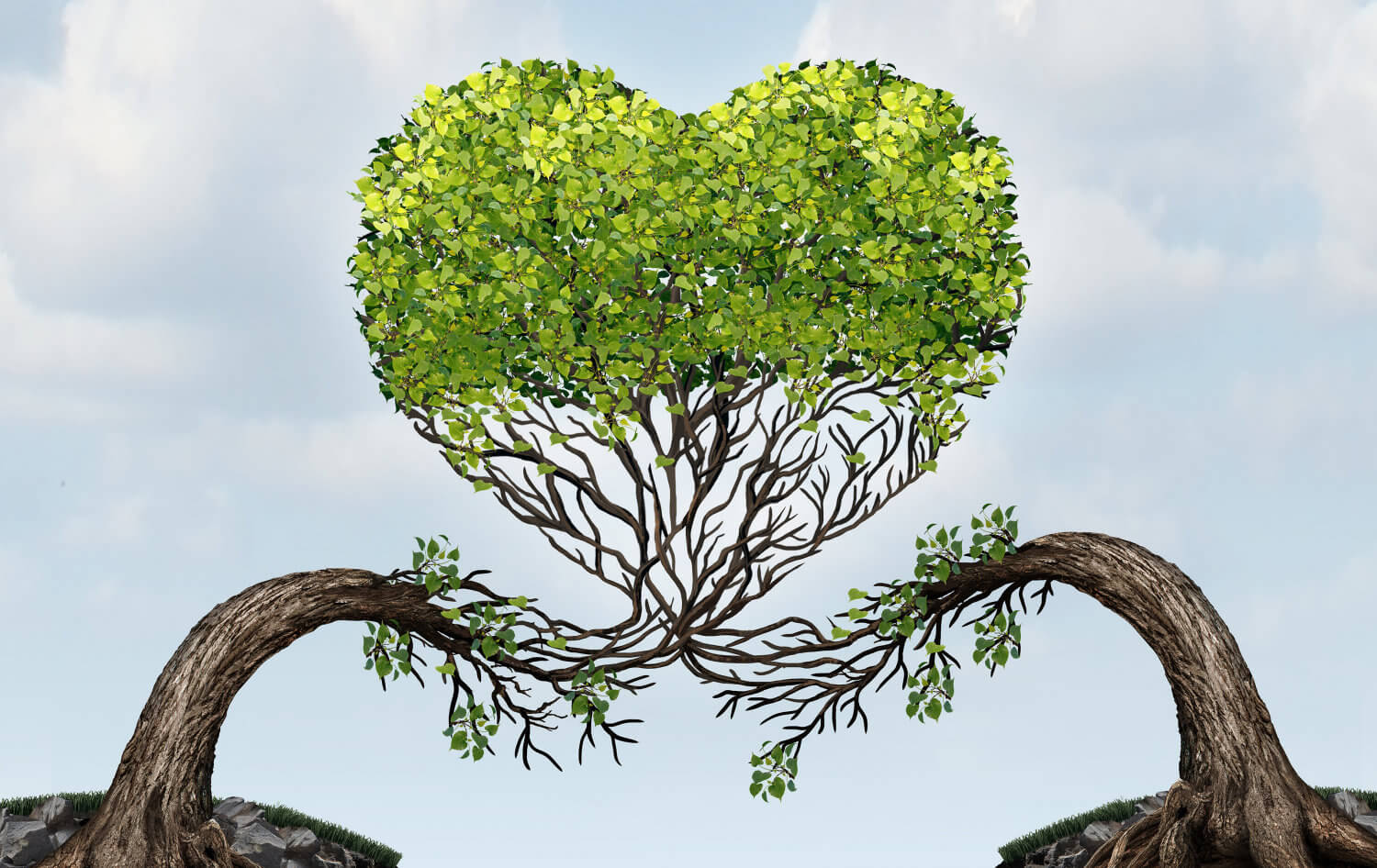 In my family are atheists and fundamentalists, Democrats and Republicans, very rich and very poor, mask-wearers and non-mask-wearers. My family is not alone, and painful conflicts like these keep working deeper wedges in our relationships, driving people apart. But most of us resist the divisions, hoping for solutions to these conflicts.

Our personal bodies behave similarly to our bodies of government. Fevers fight off whatever is polluting the body, and doctors work hard to put broken bones back together. People are willing to spend as much as they can afford to be whole and well.

Ironically though, the notion of wholeness — of bodies or governments — sounds a bit like universalism. And the promotion of universalism usually rubs against the grain in social justice. Oppressed groups quickly remind us that there is no such thing as a universal good, because groups of power identify the good as whatever benefits them, but continually leaves marginalized groups out. And then claiming wholeness when bodies are sick comes across as uncaring or wishful thinking.

Any attempt at universal Truth, we are told, operates as an agent of power against the oppressed. No wonder we’re caught in a catch-22. The people who have been left out, or the people who are ill, cannot pretend that all is well when the suffering persists. We fight wholeness, even as we struggle to gain it.

This paradox brings to mind the conflict in the Gospel of Mary. In that story, the disciples of Jesus had gathered together for some final instructions from Jesus before he left them forever. It was a close-knit group of people united by a common cause, but the conversation involved conflict and resolution on several levels.

Jesus teaches his disciples that

“Every nature, every modeled form, every creature, exists in and with each other” (2:2).

That sounds like unity and wholeness. We are fundamentally interconnected and held together by the law of our nature. But, Jesus says, opposition to the natural existence “in and with each other” appears to come from earthly passions. He continues teaching:

“Matter gave birth to a passion which has no Image because it derives from what is contrary to nature. A disturbing confusion then occurred in the whole body” (3:10-11).

Whether it’s the whole human body or the whole body of community that experiences the disturbing confusion, Jesus drives home the idea that it’s our human striving for the things “contrary to nature” that causes the problem. He had just explained in the verse before this that

“This is why you get sick and die: because you love what deceives you” (7-8).

Yes, that is a “disturbing confusion … in the whole body!” How dare he tell us that our sickness is due to our being deceived! Isn’t that blaming the victim all over again? There have been times like this when I have thrown the book across the room reading things like this from Jesus. I’m looking for consolation, and I get blame!

But looking a little further into the text, Jesus says,

“Acquire my peace within yourselves! Be on your guard so that no one deceives you by saying, ‘Look over here!’ or ‘Look over there!’ Those who search for it will find it” (4:2).

Here’s a promise for peace, he exclaims. To paraphrase, this verse could say: Don’t let others get you down, and don’t lean on them to pick you up. When you search for wholeness, you find it because it is always within you. Your worth, your strength, your wholeness.

The message Jesus hammers home is that “every nature…exists in and with each other.” We have a right to unity and wholeness because our roots are all coming from the same source. We all have access to inherent peace.

Now Mary enters the picture in the Gospel narrative, with authority and strength. Jesus had just finished teaching and left them. His disciples feel abandoned and frightened — probably with good reason.

After all, Jesus had recently demonstrated to them how unjustly the Jews were being persecuted. He was crucified, and it wasn’t his fault. But Mary reminds them they should be praising God who gave them everything they needed and established their roots in unity with God. Find it within, she urges them.

They ask her to explain more of what she had heard from the Savior. But instead of appreciating her sharing, they fell into the trap Jesus had just warned them about. The passion of jealousy, “contrary to nature,” takes over, and “a disturbing confusion then occur[s] in the whole body” (the assembled disciples).

Andrew speaks up and says “I do not believe that the Savior said these things” to Mary. Peter’s anger arises: “Did he choose her over us?” Levi argues with Peter, “If the Savior made her worthy, who are you then for your part to reject her?

“We should be ashamed. We should clothe ourselves with the perfect Human, and acquire it for ourselves as he commanded us, and announce the good news….” (10:11).

And they did. They remembered their root, regained their peace, and went out to do as Jesus taught them to do.

The Gospel of Mary provides a brief but vivid image of bodies and communities restored to wholeness. But this kind of unity is a far cry from the human policies that pit power groups against marginalized people. It’s the empowering message that assures every human being the divine right to their roots in the realm of God. It is also a warning not to get entangled in worldly passions of jealousy, fear, and anger.

I think it’s a message we need in the age of conflict.  Doing battle against conflict will never work in the arena of human power plays. Real wholeness silences false powers, human passions, and fear. It honors the roots of every individual and empowers us to fulfill our life purpose.