Home » The Bible and Beyond » Blog » Happy Thanksgiving! You Might Be ‘Doing’ Religion without Even Realizing It

Happy Thanksgiving! You Might Be ‘Doing’ Religion without Even Realizing It 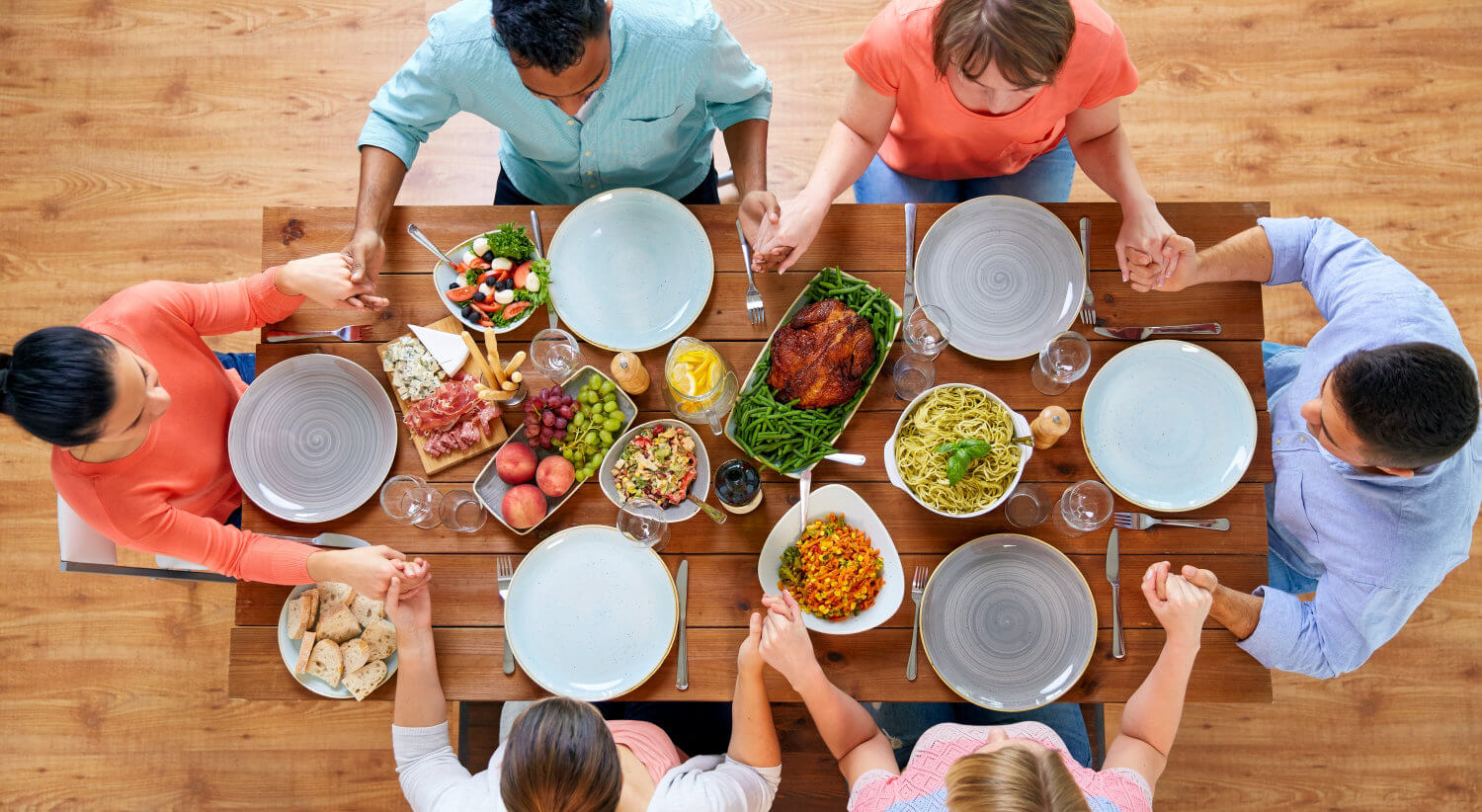 Are you gathering together with family or friends for a traditional Thanksgiving meal this year? When I was a teenager, my Mom invited 170 teenagers over from our local boarding school for Thanksgiving dinner! I’ve never had a Thanksgiving dinner with that many people since then, but that was the day I learned that religion is a ‘doing,’ not a ‘believing.’

Of course, Mom was busy doing something good that day, and Dad and my two siblings were called into action too. But I saw that all the people who came over were actually busy doing things too. Each person who came was naturally in some kind of relationship with everybody else, so our sharing a meal together meant that each one of us was involved in some kind of relationship-building.

Thanksgiving is wonderfully uncomplicated, because you’re just expected to give thanks. You don’t have to be smart, beautiful, wealthy, or popular. But the simple willingness to be grateful inspires others to notice something good and do something about it.

Gratitude came easily that day, because the kids who shared our Thanksgiving dinner with us couldn’t travel long distances to get home. They were glad to be with us. They came voluntarily, so no one avoided participation or interaction of some sort. Some were among my best friends, and others I hardly knew. But their participation made the day a memorable one for all of us.

As I looked around at the crowded tables, watching the faces, listening to the din of conversation, it dawned on me that I was watching religion happen. Nobody had to confess their faith in anything when they come through the front door. They didn’t have to believe in God or divine things the same way I did. But they were acting out their religion, doing what their religion had taught them to do through kindness, generosity, and giving thanks.

Graham Harvey wrote in Food, Sex and Strangers that people with certain beliefs act on them all the time. “Just as feminist women enact both feminism and woman-ness when doing both private and public, personal and political, reflexive and activist things, so religionists do religion in a similar range of contexts” (p. 209). The people who came to our house that day were enacting their religious teachings.

Religion as a ‘doing,’ rather than a ‘believing,’ sheds light on Thanksgiving meals in antiquity also.

Imagine yourself as a part of this gathering about 2,000 years ago:

About a dozen of you – men (that’s how it was) – have been invited to come share the big evening meal. When you arrive, slaves meet you at the door (that’s also how it was) to assist you in washing up, either your hands, feet, or both. Then you enter the dining room.

You are invited to recline on a certain couch, according to your social status in relation to the other guests. If your wife or daughter came as part of the evening entertainment, she is also invited to incline on a couch, at your feet (of course).

You’re served a hearty meal by the slaves (of course), and you eat from the dishes with your hands. You’ve been given some bread to use as napkins to wipe your hands, and you know to throw the bread scraps on the floor for the dogs (of course). When the food has been cleared from the table, the slaves bring everyone some water for washing your hands.

Now it is time for you to honor the deities as the libations are poured out to them. You’ll all say, “To the Good Deity!” to the cup of unmixed wine and pour it onto the floor.

Finally, it is time to join in a drinking party – to provide the setting for discussion and entertainment. It invites relaxation and depth. More wine and fruit desserts will be served throughout the evening.

Sometime after dinner, there is also ‘eucharist’ – giving thanks. And then there’s more talking and singing. And then more eating, drinking, singing – and giving thanks.

You probably noticed how the ‘breaking of bread’ and the ‘drinking of wine’ ultimately became the standard components of the Christian Eucharistic practice. The Greek word ‘eucharist’ is a doing of thanks, not a ritual expression of belief.

Giving of thanks was and is the doing of religion. Belief in religious dogma never changed the customs of slavery or the treatment of women as inferior, but acting on gratitude, nurturing relationships, caring hospitality, and enjoying each other, is real religion. These acts of caring and kindness, rather than arguing the theological basis of dogma, carry the power to change hurtful customs.

Whether we attend a large family gathering or not this year, we are always connected to someone or something, somewhere, and we always have a chance to live our gratitude. Doing something about it is the religion you practice.

I wish you a happy giving of thanks, wherever you find yourself, whether it’s at a traditional Thanksgiving family meal in the US, or in a country that does thanks-giving differently.