The Secret Behind the Secrets in So-Called Gnosticism 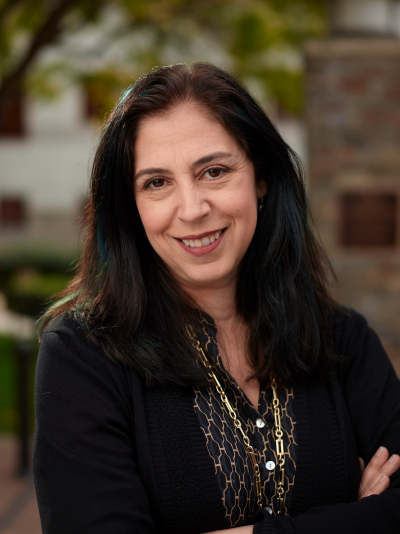 Nicola Denzey Lewis helps crack the code on perplexing questions about so-called ‘Gnosticism.’ Where is it from? What is it about? Why the secrets? Her own story about how she got involved explains why it is appealing to some and unnerving to others. She explains why it was such an important part of the development of Christianity in the second century and how it wrestled with major philosophical questions related to creation and the meaning of evil.

Professor Nicola Denzey Lewis is currently teaching at Claremont Graduate University as the Margo L. Goldsmith Chair in Women’s Studies in Religion, having served as department chair from 2018 to 2020. Nicola has received several fellowships, including from the American Academy of Religion and Harvard Divinity School, and several honors, including Yale University’s Gilder Lehrman Center for the Study of Slavery, Resistance, and Abolition.

Her book, Introduction to ‘Gnosticism’ (Oxford University Press, 2013) is the focus of our podcast conversation on the topic of Christian movements previously deemed ‘Gnosticism.’ Her other important works include The Bone Gatherers (Beacon, 2007); Cosmology and Fate in Gnosticism and Graeco-Roman Antiquity (Brill, 2013); and most recently, The Early Modern Invention of Late Antique Rome, (Cambridge University Press, 2020).

Lewis has appeared on several TV and radio programs that have aired on the BBC, CNN, The National Geographic Channel, and the History Channel.