Skip to content
Finding a way past doctrines that hurt

Finding a way past doctrines that hurt 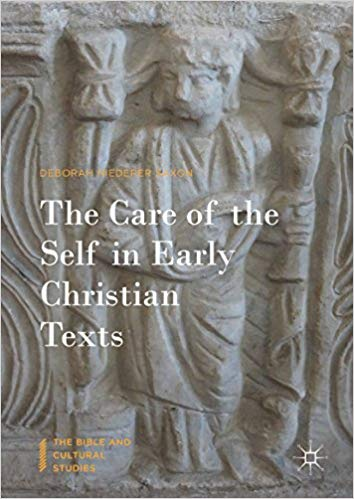 Doctrine has dominated Christian thought throughout the centuries, but has changed over time. Think of those who used Biblical texts in support of abolishing slavery while their opponents used the Bible to justify it!  Many examples of such contradictions in the history of Christianity led me to work back through some of this deeply embedded theology in dominant forms of my faith that have excluded many and wounded even more.

The result is my book, The Care of the Self in Early Christian Texts, discussed in a recent podcast “The Power of Self-Control in Early Christian Community.” In the book I explore some of the clues that extracanonical texts from the early centuries left behind about whether there was only one way to be Christian. Instead of a fixed set of creeds or beliefs, I found that for many, practices trumped doctrine—practices that helped one become self-controlled and spiritually transformed. In these ancient texts, I found a model of what I have longed for— a tradition in which I can explore the meaning of Jesus for my own life but also work alongside those whose beliefs differ from mine.

The Care of the Self in Early Christian Texts covers subjects beyond what we could discuss in the podcast or blog posts. For example, what kinds of critiques were being leveled against those who didn’t accept an over-glorification of martyrdom? What ancient stories portrayed women as “getting it” in terms of spiritual maturity? One such story chronicles the early Christian martyr, Perpetua, while the Gospel of Mary tells yet another. Both are available online at earlychristianwritings.com. The text for the Gospel of Mary is also included in a wonderful resource called A New New Testament, and a video of it is available from the Tanho Center.

In a male-dominated world where men such as Socrates, Moses, and others were usually the ones deemed admirable, it is amazing that these women’s voices are lifted up. As Christianity became increasingly male-directed, women were sometimes told to be silent. In what became the dominant form of Christianity, it was only in exceptional cases like Perpetua’s where women submitted themselves to violence and death that their voices were extolled. The main figure in the Gospel of Mary counters this trend. She exhorts the male apostles to face any persecution courageously, but her main thrust is relating the understanding she has gained from Jesus about the source of spiritual strength.

Palgrave Macmillan has just released my book in paperback, and I’m happy to report this edition is less expensive. The eBook version direct from Palgrave is quite affordable at $29.95.  I hope you’ll “look inside” my book on Amazon, or order it on Palgrave and tell me what you think about it in the comments.

About the Author: Deb Saxon, PhD

Deborah Saxon, Ph.D., teaches at Butler University in Indianapolis, Indiana. She is the author of The Care of the Self in Early Christian Texts. Deb researches newly discovered Christian texts, women’s voices, the inclusive perspectives they reveal, and the intersection of gender and religion.