Skip to content
What Kind of Person Was Judas Really?

What Kind of Person Was Judas Really?

What the Gospel of Judas can tell us

An Interview with Dr. David Brakke 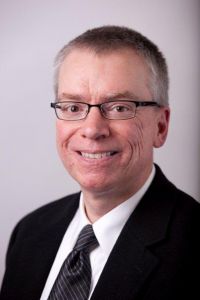 Dr. David Brakke discusses his new translation and commentary on the Gospel of Judas. The basic message is that Jesus is explaining to Judas why his own terrible sacrifice is necessary for God to set the universe right. In doing so, the author of the gospel is critiquing his contemporary Jesus-followers for their ritual practices of sacrifice. Such sacrifices distort the true relationship between the human (dying mortals) and spiritual (non-dying) part of one’s being.

Professor David Brakke studies and teaches the history and literature of ancient Christianity from its origins through the fifth century, with special interests in asceticism, monasticism, “Gnosticism,” biblical interpretation, and Egyptian Christianity. In our podcast interview, we discuss his new book The Gospel of Judas: A New Translation with Introduction and Commentary (Anchor Yale Bible; Yale UP 2022) which explores the early history of the Gnostic school of thought through exegesis of a key source. He is the Joe R. Engle Chair in the History of Christianity and Professor of History at the The Ohio State University.

Brakke is also the president of the International Association for Coptic Studies and a member of the Board of Consultants of the Journal of Religion. From 2005 to 2015 he served as editor of the Journal of Early Christian Studies, which is sponsored by the North American Patristics Society.

He has produced three courses with “The Great Courses” (aka Wondrium), including one on “Gnosticism” and another on early Christian apocrypha. He also maintains a page on Academia.edu that includes access or reference to his other books and articles.