Skip to content
The Origin of the Word ‘Christ’

The Origin of the Word ‘Christ’ 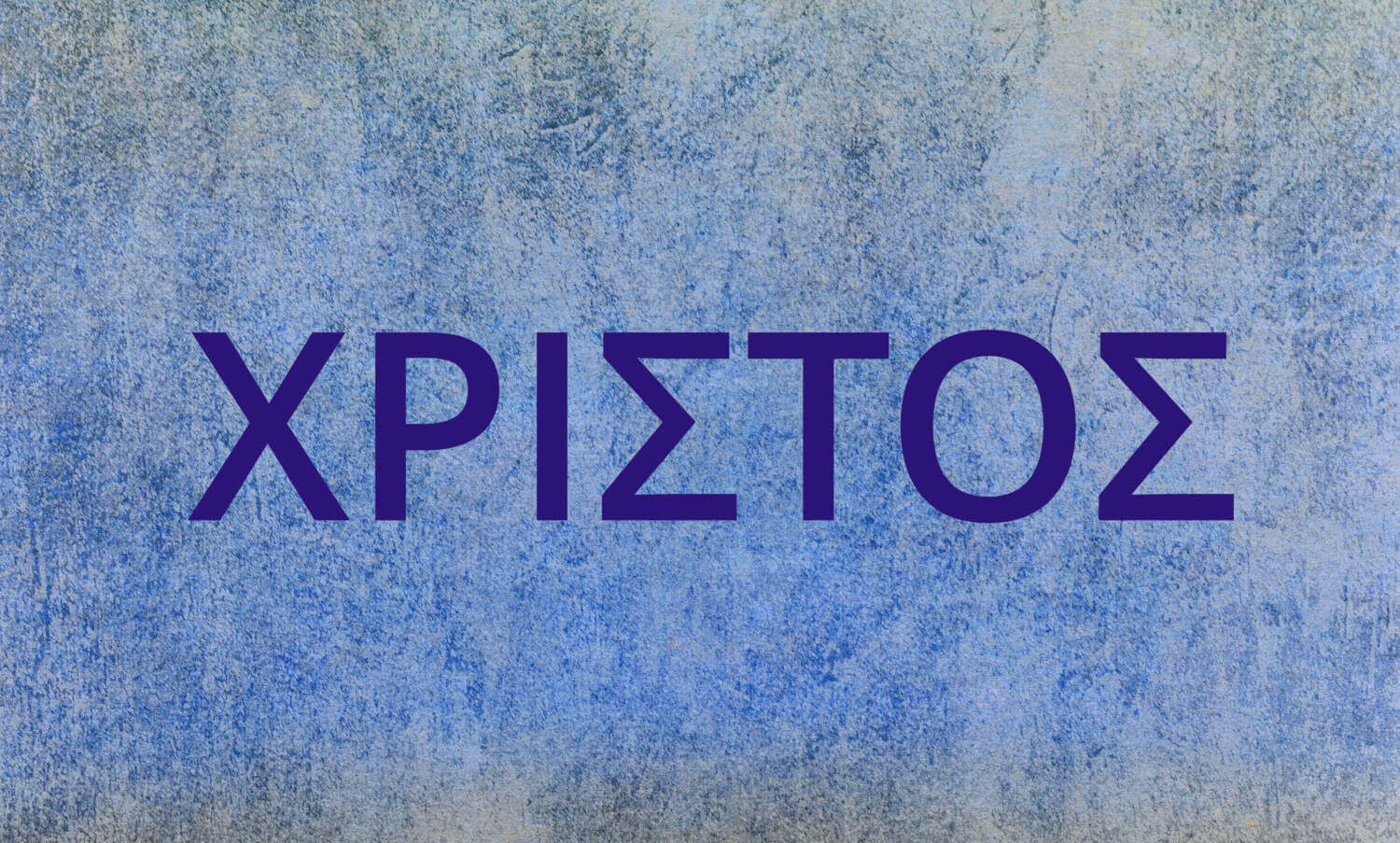 At the heart of Christian belief lies Jesus Christ, and Christology names a major branch of Christian theology. While Christology asks what Christ means, my interest is different. What is the origin of the word ‘Christ’ and what does that tell us?

Apoxyomenos in the Vatican Museum. A Roman copy of a Greek bronze by Lysippus. The athlete is scraping off the oil with a strigil. Photo by Marie-Lan Nguyen (2009), via Wikipedia

The Greek word ΧΡΙΣΤΟΣ (CHRISTOS) translates the Hebrew מָשִׁיחַ, (māšīyaḥ), anglicized as Messiah, which means “anointed with oil.” Hebrew kings, prophets, and priests were anointed with oil. Messiah became a word for ‘the king,’ and in later Hebrew traditions it designated the king to come who will save conquered Israel. Messianic expectations were widespread and varied in late Hebrew writings (post 200 BCE). Some groups, like the Essenes, associated with the Dead Sea Scrolls, expected two Messiahs: a Messiah of David and a Messiah of Aaron. Other Jews had no messianic expectation.

In Greek christos means “oil” or “oiled” or “covered in oil.” Anointing in the Greek world was associated with bathing and athletics, not kings. A whole class of statues called apoxyomenos (the scraper) depicted the anointing of the athlete.

Greek speaking Jews first translated the Hebrew Messiah as christos, making it a technical term. Psalm 2:2 is a good example.

The kings of the earth stood side by side,
and the rulers gathered together,
against the Lord (YHWH) and against his christos (Messiah-anointed).

Translating christos as Anointed instead of Christ makes a difference in the interpretation of Paul’s letters. 1 Corinthians 1:23 illustrates this.

but we preach Christ crucified: a stumbling block to Jews and foolishness to Gentiles (NIV).

Traditionally the doctrine of atonement has determined the interpretation of this verse:

Christ died for our sins is the stumbling block.

We proclaim the g-d (of Israel’s) Anointed (Messiah) CRUCIFIED!! an offense to Judeans, nonsense to the nations.

This translation brings out the Hebrew dimension of Paul’s proclamation. The Romans crucified the g-d of Israel’s Messiah. Paul’s proclamation immediately raises the question, how can Jesus be the Messiah if Rome crucified him? The Messiah, g-d’s anointed king, should defeat his enemies, not be defeated by them. That is why Paul’s message is offensive and nonsense. This translation reveals a very different understanding of Paul than the traditional theological understanding of atonement.

Since Greeks crowned their kings with a laurel wreath, how would Paul’s non-Jewish converts have understood “anointed” in Greek??

The scandal of calling christos, the ‘Messiah of Israel,’ increased after two major Jewish revolts or wars in 68-70 and 132. Rome was on the alert for any resistance from groups associated in anyway with Israel.

With the move to Latin, the translators decided not to translate christos into Latin, but to transliterate it as christus, indicating they think it is a proper name or title. Translation involves finding a word in the target language with the same or similar meaning as the originating language. Transliteration involves transposing the letters of the original into the corresponding letters of the target language.

For example, the translation of the Latin arbor into English is ‘tree.’ The transliteration of the Latin arbor into English is ‘arbor,’ as “Arbor Day Celebration.” Initially a transliterated word sounds foreign and often the original meaning mutates or is lost. ‘Rodeo’ in English is a transliteration from the Spanish rodeo which means a corral. ‘Rodeo’ in English means a ‘roundup’ or “a public performance featuring bronco riding, calf roping, steer wrestling, and Brahma bull riding.” (“Rodeo.” Merriam-Webster.com Dictionary, Merriam-Webster, Accessed 14 Mar. 2022.) 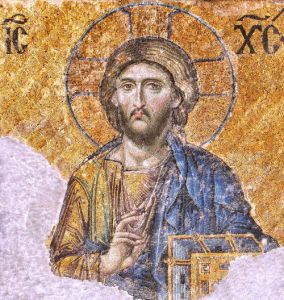 Mosaic of Christ Pantocrator (“ruler over all”) from the Hagia Sophia in Istanbul. Photo by Dianelos Georgoudis via Wikimedia Commons.

The transliterated Christus in Latin was later transliterated into English as ‘Christ.’ As the original meaning is lost, the word can come to mean a whole variety of things. Christus and ‘Christ’ became increasingly disassociated from ‘Anointed’ or ‘Messiah’ and became a Christological title or even a part of Jesus’s name. This process had already begun in Greek-speaking Christianity. By the third century the Jewish roots of the title christos were becoming a faded memory, and with that, its political overtones as a threat to the Roman empire were submerged.

This opened up a wide Christological avenue. The notion of Christ Almighty (Christos Pantokratōr) dominated the later Greek Christian mindset. This icon from Hagia Sophia (ancient Constantinople, modern Istanbul) is the classic example of Christ Almighty.

The shifts from ‘Messiah,’ to christos, to christus, to ‘Christ’ were momentous. In the process, the root meaning of g-d’s anointed king was forfeited and with that several things were lost.

The gain, if such it be, was the whole rich development of Christology’s search for who Jesus is.