An Interview with Dr. Celene Lillie 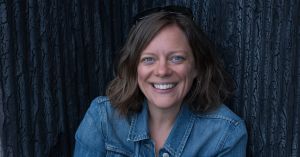 Dr. Celene Lillie discovered in some ancient texts a remarkable metaphor, a rape narrative that relates to both the imperial actions of ancient Rome and modern forms of destructive behavior. Three writers of the second century re-imagined the story of Eve in Genesis as a representation of the violation of Rome’s victims. Despite the violence, Eve overthrows victimization and becomes a healing Christ figure. Her children become saviors of the world.

Dr. Celene Lillie is a scholar of extracanonical texts. She was the director of translations for A New New Testament and co-authored a new translation and introduction for one of the Nag Hammadi texts, “The Thunder Perfect Mind.” She is currently an adjunct professor at the University of Colorado Boulder. The topic we discuss in the podcast is from her book, The Rape of Eve: The Transformation of Roman Ideology in Three Early Christian Retellings of Genesis.

Click here to listen to a previous Bible and Beyond podcast featuring Dr. Celene Lillie.